Need a new knee? Dr. Stringer is one of the few physicians in Southern Colorado to use a CT guided Robotic arm to assist in Total Knee Replacements. Find out more on Stryker’s website by clicking the button below, or call 719-632-7669 to schedule an appointment with Dr. Stringer today!

Dr. Stringer focuses on total joint replacement and arthritis management of the hip and knee.

My goal as an orthopedic surgeon is to establish an open relationship with my patients. I want them to feel comfortable asking me any question and confident that they are receiving the best care possible. This means being open and honest.” Dr. Stringer’s ultimate goal in patient care is the achievement of recovery and return to desired activity through a meticulous and empathetic approach to orthopedic treatment.

American Board of Orthopaedic Surgery

Dr. Stringer started his practice in Colorado Springs in 1980 following a fellowship in arthritis surgery with Dr. Mack Clayton in Denver, CO. He immediately became active in the orthopedic community and served as president and program chair for the El Paso County Orthopaedic Society (the Bombers) for 15 years. He was the first chairman of the orthopedic department at Penrose St. Francis Hospitals and was chief of medical staff from 1998-2000.

Dr. Stringer also served as chief medical counsel to the United States Olympic Committee from 1990-1995. During that time, he acted as team physician for the US ski team at the 1994 University Games in Zakopane, Poland, and medical director for the 1995 US Olympic Festival. He continues to support and care for local athletes as team physician for the Pine Creek High School – a position that he has held since 1998.

He represented Colorado on the American Academy Board of Councilors from 2005-2011, and served as president of the Colorado Orthopaedic Society from 2012-2016. As part of his presidency, he was the program chairman for the Clinical Orthopaedic Society’s annual meeting in Colorado Springs in 2014.

He has represented Colorado orthopedists at the National Orthopaedic Leadership Conference (NOLC) in Washington DC for the last 10+ years. His work with the American Academy of Orthopaedic Surgeons (AAOS) has included participation on multiple committees and advocacy groups including co-authorship of the First Academy Clinical Practice Guidelines (CPG) on Anticoagulation for Total Joints (published 2009).

Dr. Stringer has a lifelong commitment to education and advocacy. He is dedicated to his relationships including family, friends and patients. 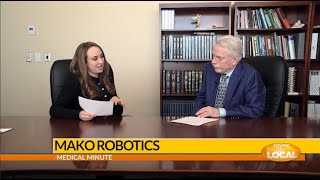 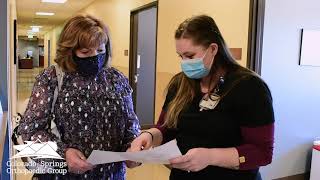 The CSOG Difference IN CARE What to do for a Sprained Ankle: Symptoms, Diagnosis, Treatment, and Recovery